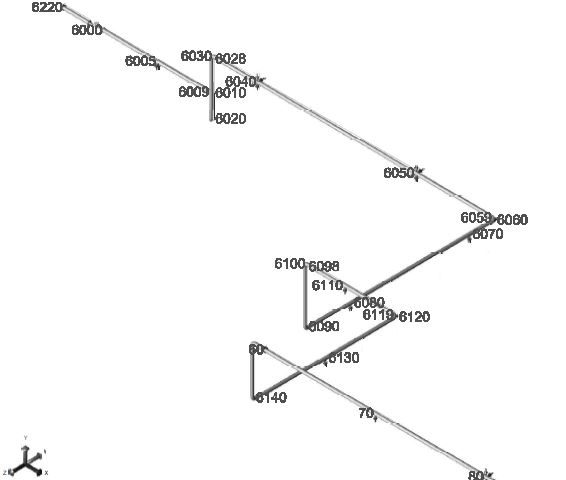 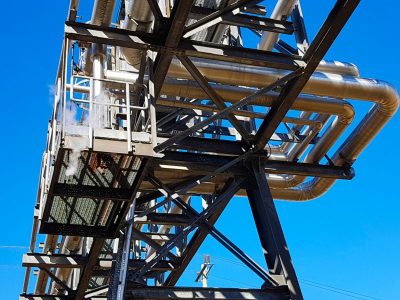 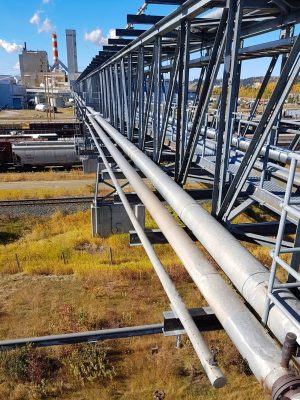 MG Engineering (MG) worked with Canfor personnel in Prince George, BC to provide cost estimates and mechanical engineering for the replacement of their 30-year-old FRP Sodium Sesquisulfate pipeline which runs between Canfor’s PG Pulp and Intercon pulp mills.

This was followed by the final ‘Detail Design’ phase in which the pipe and pipe support designs were finalized, a Scope of Work document produced and the complete package released for Construction.

Pipeline flexibility was a primary concern during the design because the pipeline had design temperatures ranging from -40 to + 40 deg C, had a long length (runs from one mill to the other), and was constructed with FRP which has a relatively high thermal expansion coefficient.  Multiple expansion loops were required to satisfy these requirements.